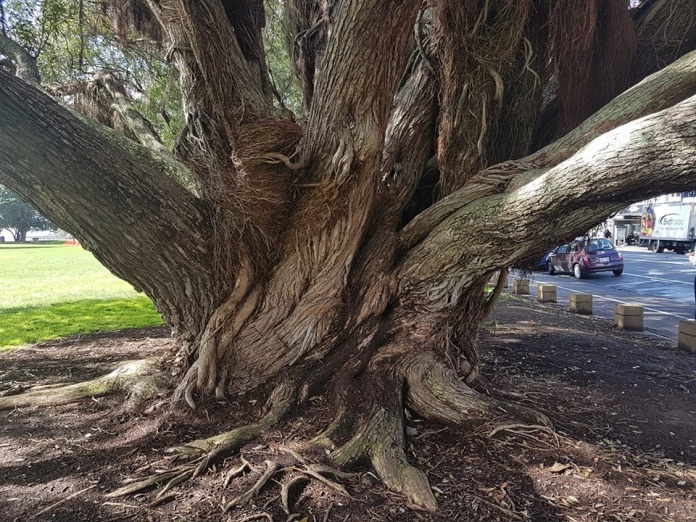 As roots trickle away into soil: mystery in each branching link.

Some run upward from here; here where we see what branches

out and down. Some go slowly up; all angles be gentle, the trickle

of weaving continue. The largest branch with no more to tell

than the smallest twig. Sheddings:  fall away, yet part of the whole.

Lovely and gentle, twisting slight: the non influence of wind or

weather, of knowing always this was in continued relationship

so that below soil confides. Such as below is above.

I could say I want to range further, higher; away from fibre

to green leaf or blue sky, but here at the fracture of what is

before me, the below and above of power and beauty: this is

the assurance of time and age. That I feel it; knowing its privilege

the one third of the tree and me. 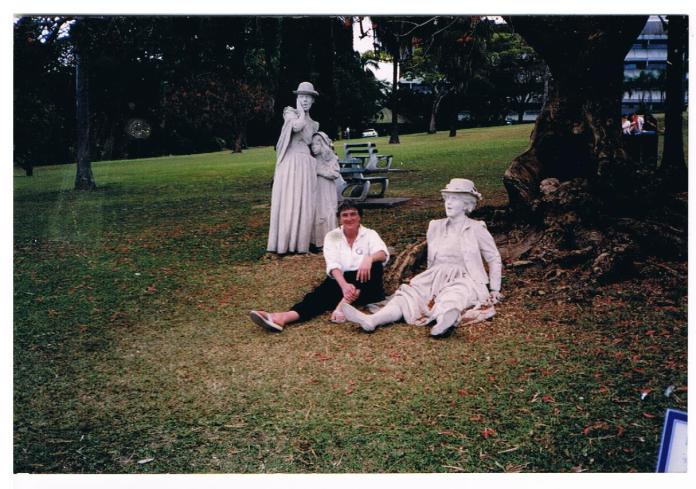 I sit with others at the foot of trees

Thank you to Susan Budig for suggestions re the penultimate sentence of the first stanza.

A  Good  Home  for  our Trusty Pack-Horse

The one thing we had at that time was a little

extra money. And I just happened to be

passing the local car-sale yard when this car

just happened to catch my attention: a big green

Mazda 626. If we pooled our resources; your

compensation monies; and my savings, we could

just about manage this; though first I would

deal.  Why not? The dealer knew I was looking

for a good sized boot in which to transport

your wheelchair and/or your walker: the things

you needed when you went between home

and respite care. Yes, it would suit us well

and he was a fair dealer letting me take it home

for you to view. To view was to make you smile.

We completed on the deal. How many times

I took you to appointments, a ride in the country,

visiting friends. Then when you were admitted

(and that was after several years) to special care,

sometimes I drove “The Green” up the road

and across the river to visit you as often as

three times a day. “The Green” was a big empty

car after you were gone, but I was not about to

swap her. I continued to call her “The Green”

even though there was your big green Lazy-boy chair

as well. Then water somehow got into “The Green” (car)

after days of rain. She ceased to go. I sent her to the garage

and waited, and waited for the necessary work

to be done. It took two months, and a bad job at that.

Now she only fired if the temperature was about

eighteen degrees or warmer. I found a way to

warm her up. I pulled out a long cord and plugged

a smaller heater into the nearest plug, set the heater

in “The Green” and then, when warm she fired. I put

up with that for some years until, without disposing

of “The Green” I negotiated for “The Grey”, smaller

and automatic where “The Green” was a manual drive.

At last, I said to my lawn-mowing man, “You want

a dust-covered car set aside; but this day I’d just washed

her down. She always had a good green coat to catch the eye.

At first he said no, but as he was about to leave that day

And up the road he drove. By this time I knew the

answer to “The Green’s” troubles was the replacement

of costly condenser and I knew it would be someone

else who had to source it, get things moving and so on.

We worked our way through that and I also pointed out

the touches of rust; but he was keen to take her. I let

her go with a heavy heart; he was happy and if he

got it sorted, which he did, he’d gift it to his sister.

Seemed like a good result to me until, as the story

goes, a barney they had had so that she refused him.

But all long stories come to a good end. He found

for her a good home; some lucky teenager now

goes to college in “The Green”. And though I’ve got

“The Grey”. I still hanker for my lovely green Mazda.