Today, I’d like to challenge you to write an abecedarian poem – a poem in which the word choice follows the words/order of the alphabet. 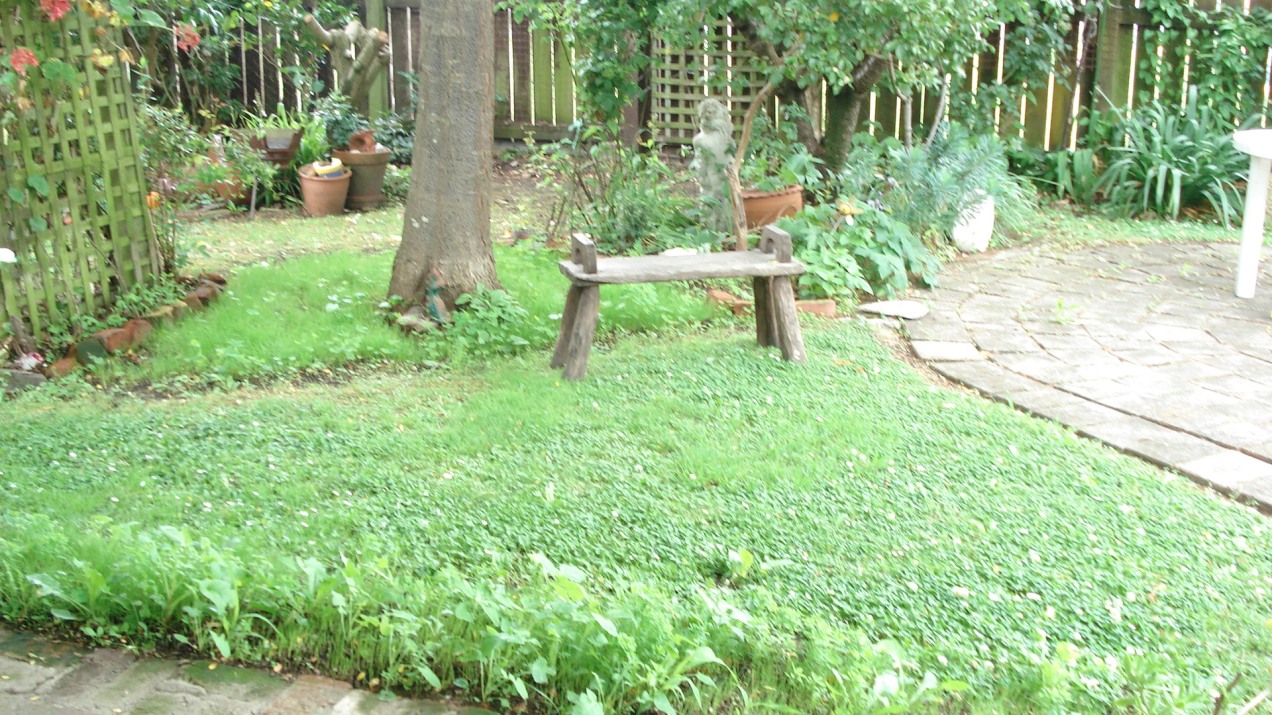 Allelopathy: growth inhibition as the consequence of the influence of one organism on another; seldom found word, but it’s there in that one in seven dictionaries.

Banana skins to tickle the toes of a rose.

Dill was well known by the Egyptians. It attracts the bees.

Earwig with his two fierce pincers; he’ll make a mess of those plants.

Frogs are a must for your garden; they eat so many pests.

Gladioli will never make friends with your strawberries.

Kohlrabi, a good companion for your beetroot.

Marigold they say is everything for companion planting.

Nettles and newspapers are useful in your garden.

Oregano is no friend for the beetle: companion planting.

Potato and pumpkin have a clear and mutual animosity; no companion planting here then.

Quassia chip spray will do no harm where there are ladybirds.

Rue, ‘this herb of grace;’ pretty little lover of the sun.

Spiders: two thousand different species in our islands alone; a few, or many in our garden.

Turnips; if all else fails grow them, says the farmer.

Virus disease; milk powder made up as a spray could be a solution.

Wallflowers, wasps, water and woodchips; all in a good gardeners alphabet.

Yarrow works her magic through the element of copper.

Zucchini, Zucchini; aphids never let in with nasturtiums in your companion planting which costs nothing and does no harm.

Nature is the boss says Brenda Little in her book Companion Planting and to whom I give credit for the information here.

A  Good  Home  for  our Trusty Pack-Horse

The one thing we had at that time was a little

extra money. And I just happened to be

passing the local car-sale yard when this car

just happened to catch my attention: a big green

Mazda 626. If we pooled our resources; your

compensation monies; and my savings, we could

just about manage this; though first I would

deal.  Why not? The dealer knew I was looking

for a good sized boot in which to transport

your wheelchair and/or your walker: the things

you needed when you went between home

and respite care. Yes, it would suit us well

and he was a fair dealer letting me take it home

for you to view. To view was to make you smile.

We completed on the deal. How many times

I took you to appointments, a ride in the country,

visiting friends. Then when you were admitted

(and that was after several years) to special care,

sometimes I drove “The Green” up the road

and across the river to visit you as often as

three times a day. “The Green” was a big empty

car after you were gone, but I was not about to

swap her. I continued to call her “The Green”

even though there was your big green Lazy-boy chair

as well. Then water somehow got into “The Green” (car)

after days of rain. She ceased to go. I sent her to the garage

and waited, and waited for the necessary work

to be done. It took two months, and a bad job at that.

Now she only fired if the temperature was about

eighteen degrees or warmer. I found a way to

warm her up. I pulled out a long cord and plugged

a smaller heater into the nearest plug, set the heater

in “The Green” and then, when warm she fired. I put

up with that for some years until, without disposing

of “The Green” I negotiated for “The Grey”, smaller

and automatic where “The Green” was a manual drive.

At last, I said to my lawn-mowing man, “You want

a dust-covered car set aside; but this day I’d just washed

her down. She always had a good green coat to catch the eye.

At first he said no, but as he was about to leave that day

And up the road he drove. By this time I knew the

answer to “The Green’s” troubles was the replacement

of costly condenser and I knew it would be someone

else who had to source it, get things moving and so on.

We worked our way through that and I also pointed out

the touches of rust; but he was keen to take her. I let

her go with a heavy heart; he was happy and if he

got it sorted, which he did, he’d gift it to his sister.

Seemed like a good result to me until, as the story

goes, a barney they had had so that she refused him.

But all long stories come to a good end. He found

for her a good home; some lucky teenager now

goes to college in “The Green”. And though I’ve got

“The Grey”. I still hanker for my lovely green Mazda.

Prompt: To write a Self Portrait

Wind In My Tail, Self Portrait

I wear the colours black and white

with nothing in between.  My black

for my mistress’s kiss.

I have never borne a kitten. I see little

company other than my own; and hers.

Food set out, the run of the cottage;

I long ceased to bring a near dead

mouse to her door.

She has set the boundaries. But I must

break out for play, and flip the mat

or creep beneath; and now I rush

from room to room.

She only laughs and says “You got

wind in your tail?” The evening agenda

Can she not jump from chair to chair?

slide across a slippery floor and flip

to fully reveal the whitest of white bellies.

Though I may sit on her warm knee,

and yes, close to her clothed belly;

I know it no match for mine.

One day will she not change places with me

while I write a poem about her?

roller rink at the beach …

wave after wave they get the balance.

looking down on them,

and that high sweep

(a city setting itself against future storms.)

later, upon opening up the photograph,

choose “Paint;” and having chosen text,

font, size and colour, in a blue wave

write on that big sweep of the rink

or swim for your life

The little organ still the same. The photo was taken in 2015

The Taste & Touch of Grace

Just as it truly is, a small and wondrous worshipping place;

So that I may fill in all past and precious detail;

The sound, the smell; the taste and touch of grace.

The door was never locked, no key to turn.

A child, I’d enter there, an eager, tender heart affirm.

On a stool, I’d sit quaint organ keys to test.

This after-school sunset hour, a joyful hour for my return.

I’d kneel at the altar and make a little prayer.

No one ever entered and found me there.

Oft’, rather than enter I’d sit on the nearby bridge.

Neighbours listening: at dusk, I sang in the evening air.

I just happened to be living close, that church not mine.

Seldom used now, though not through the years left in decline.

This painting on my wall holds sweet sights I recall,

A row of trees extremely tall; the musky smell of pine.

I dream of that little church I see so seldom now.

Again fresh painted, when down that lane my slumbers slow.

But church and those dear memories through my dreams and senses flow. 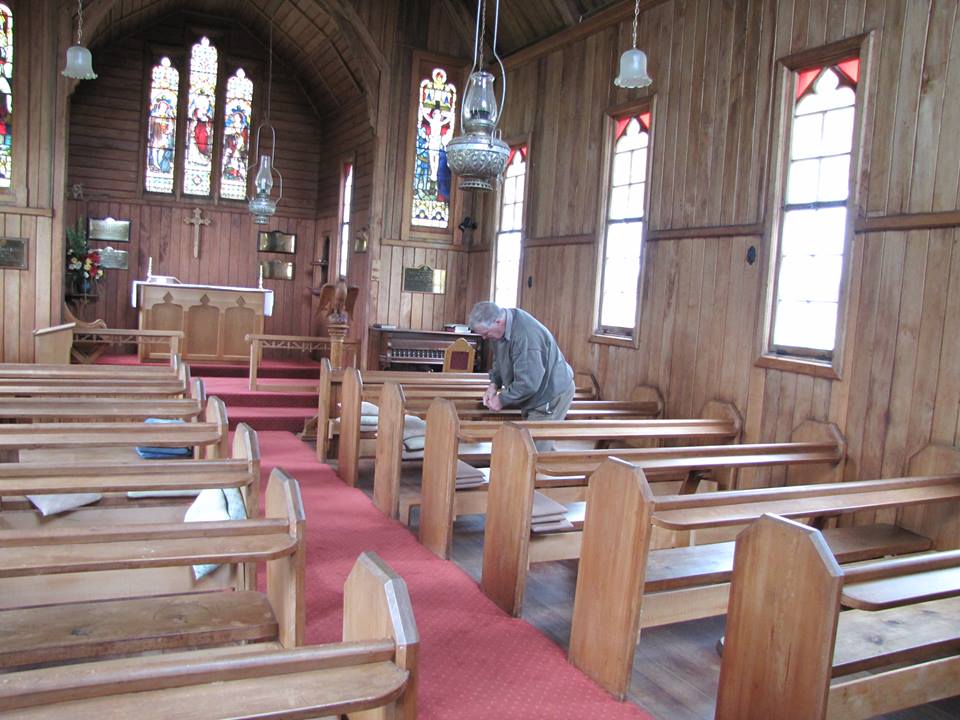 My nephew, a joiner, makes repairs to the pews

On the Loss of a Poet who said:

“the tree is my sister”

Mary is the name on all our lips today;

those who love nature,

those who love poetry,

things that are gentle

She gave us a thousand mornings

in but one poem

in many; spring mornings

or snow. She knows the sea

will go on doing its work.

And she is with Molly now. 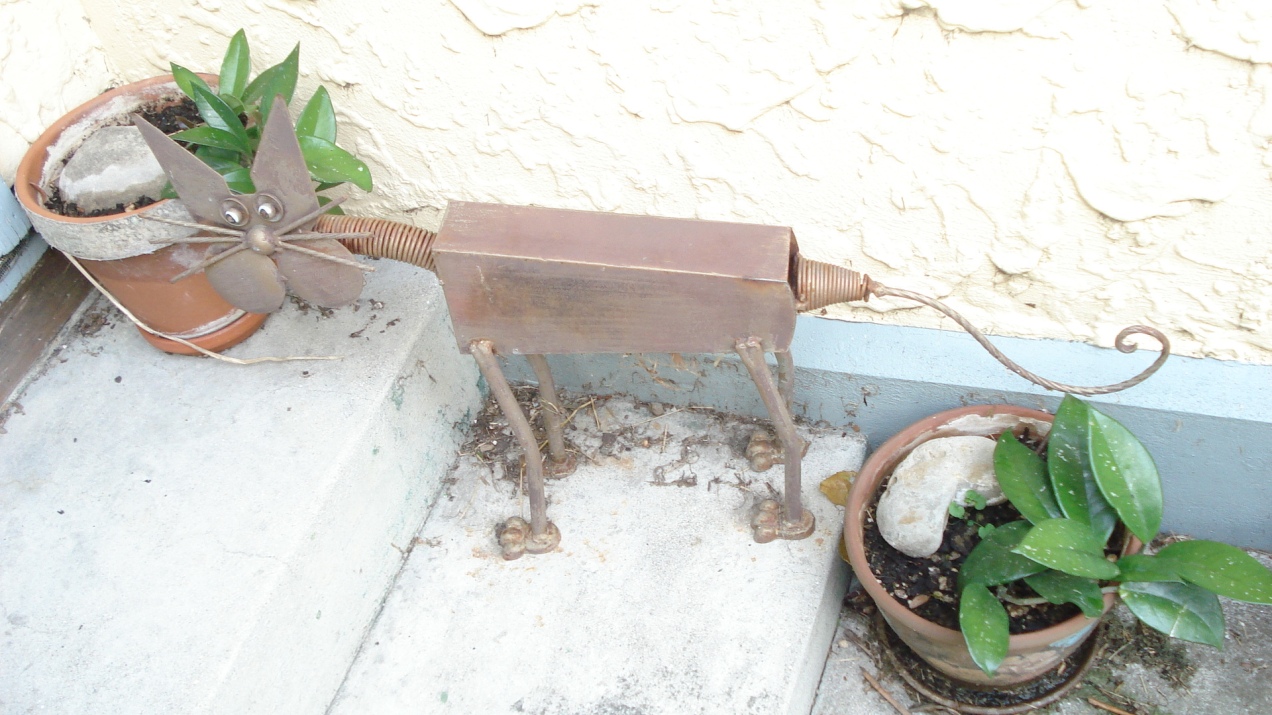 It grows, it grows I want to sing;

this Hoya cutting at my door;

well, all three cuttings; one struggling

more so than the other two, which have

sprung so gorgeously, greenly into life

as we slip into the New Year.

It seemed right there should be one

loitering, one which held onto the force

of the year just gone with its unique

Hoya are long-lived plant life. These

Hoya have the company of a kitsch cat;

the bewildered look on her metal face

was not to be resisted and in the presence

of my sister, who loathes cats, I purchased her.

She is the first thing that greets me at my

back door this, and every morning. The Hoyas

will be moved on to more suitable Hoya

growing cavities within the house. They

could take over the house because who

in their right mind would want to cut

them back. And so the cat goes on

looking bewildered at the strange things

I do year in, year out. Her head on a spring,

I make sure she nods her approval. At a push

she could maybe wave her head in disapproval,

a much harder thing for this cat to do.

And walking into my New Year,

greeting cat,  who gives me such hope.

(This cat does have a name. It is Noeline;

and yes you’ve guessed it, for my sister).

By the time next Christmas and New Year

arrive, how much will have changed,

or should that be – how much the world

will have again changed? Much more so

greenly and gorgeously into life. And life

will have ways other in which we will remember

both the sad and the beautiful.

This is the Cherry tree in her 2nd year;  her blossoms even more dense this year

(protesting colonisation of every kind)

We have had temperatures in the twenties

and rising, normal for this time of year

and our place on the globe. But last night

a spring storm swept in with all

the force it could muster. I watched

through my high lounge window,

the beauty of the tree in full bloom,

blousy, pink; and I loved her November

promise of the warmer months ahead.

But we get them at this time of year, these

In the morning blossoms, light, pink

our car windows and the yard.

And the Cherry Tree revealed

more leaf; the density of blossom

The wind was still blowing, and

though we get the equinox winds

in October, this was a more

powerful spring storm. And yet,

I have faith in the Cherry Tree’s

recovery; a wealth of leaves

we expect in November. On many

an occasion,  I feel as battered

if I never speak out.

I wanted to call this poem simply

“November” but so many are

already so named. A large

percentage of which shout

of colonisation; the arrogance

of an old world; even to months

of the year and what’s to be expected

a bottom of the globe; and taking

for granted that November means

November Aotearoa is spring and beginnings;

Beltane then Christmas is the way it is:

of Pohutukawa and Manuka in flower.

November, as a title for this poem?

Something suggests no, do not go there today:

“November and the Cherry Tree” it is. And

this is my “colonization within literature” protest.