Well, Helen Chalmers, where do we start?

The day you were passed

To the childless couple who never officially

Adopted this child, first born, born of a servant girl:

Whose (not officially) adoptive mother

Died when you were very young.

And that (not officially) adoptive father

Wrapped your curls in cloth every night.

Who then married a widow with children of her own,

And you learned very quickly what jealousy was.

And though you excelled in your schooling

They made circumstances to relieve your furtherance.

So now, here you were a servant girl yourself

Rejection followed; heart broken you made a decision

To go to the end of the world.

You met an American to whom

You lost your heart once again. But you both

Went your own ways. He had to stay. You travelled on;

once again, to the ends of the world. And later, much later

I, your daughter would think, he was a go-getter anyway.

And you arrived at the end of the world, a wonderful new beginning

where you met a good man and fell in love. He gave you a good life.

Though the first love you never forgot.

Helen Chalmers is based loosely on the monologue of Reuben Pantier in Spoon River Anthology, the monologue is from the woman herself though, reflective which I suppose we can do in an after-life. The constraint I put on myself was to have the exact same number of lines (24) and parody lines 1 and 24.

And last but not least, our (optional) prompt. I call this one “Return to Spoon River,” after Edgar Lee Masters’ eminently creepy 1915 book Spoon River Anthology. The book consists of well over 100 poetic monologues, each spoken by a person buried in the cemetery of the fictional town of Spoon River, Illinois.

Today, I’d like to challenge you to read a few of the poems from Spoon River Anthology, and then write your own poem in the form of a monologue delivered by someone who is dead. Not a famous person, necessarily – perhaps a remembered acquaintance from your childhood, like the gentleman who ran the shoeshine stand, or one of your grandmother’s bingo buddies. As with Masters’ poems, the monologue doesn’t have to be a recounting of the person’s whole life, but could be a fictional remembering of some important moment, or statement of purpose or philosophy. Be as dramatic as you like – Masters’ certainly didn’t shy away from high emotion in writing his poems.

now you are gone love;

gone my love! I think not dearest.

Something that was will always be

part of us and deep

If I could turn back the years

and have you here; your birthday

If I could talk with you again

and never talk of sorrow.

If you are still my first reader,

my editor; does that make this

any less a love poem?

If and what and where and when —

we had so much, the years rich,

If I could turn back the years

And hold you in my arms again.

Not if, when, on your birthday tomorrow.

Notes: Of course it is a complete impossibility. But memories are not. 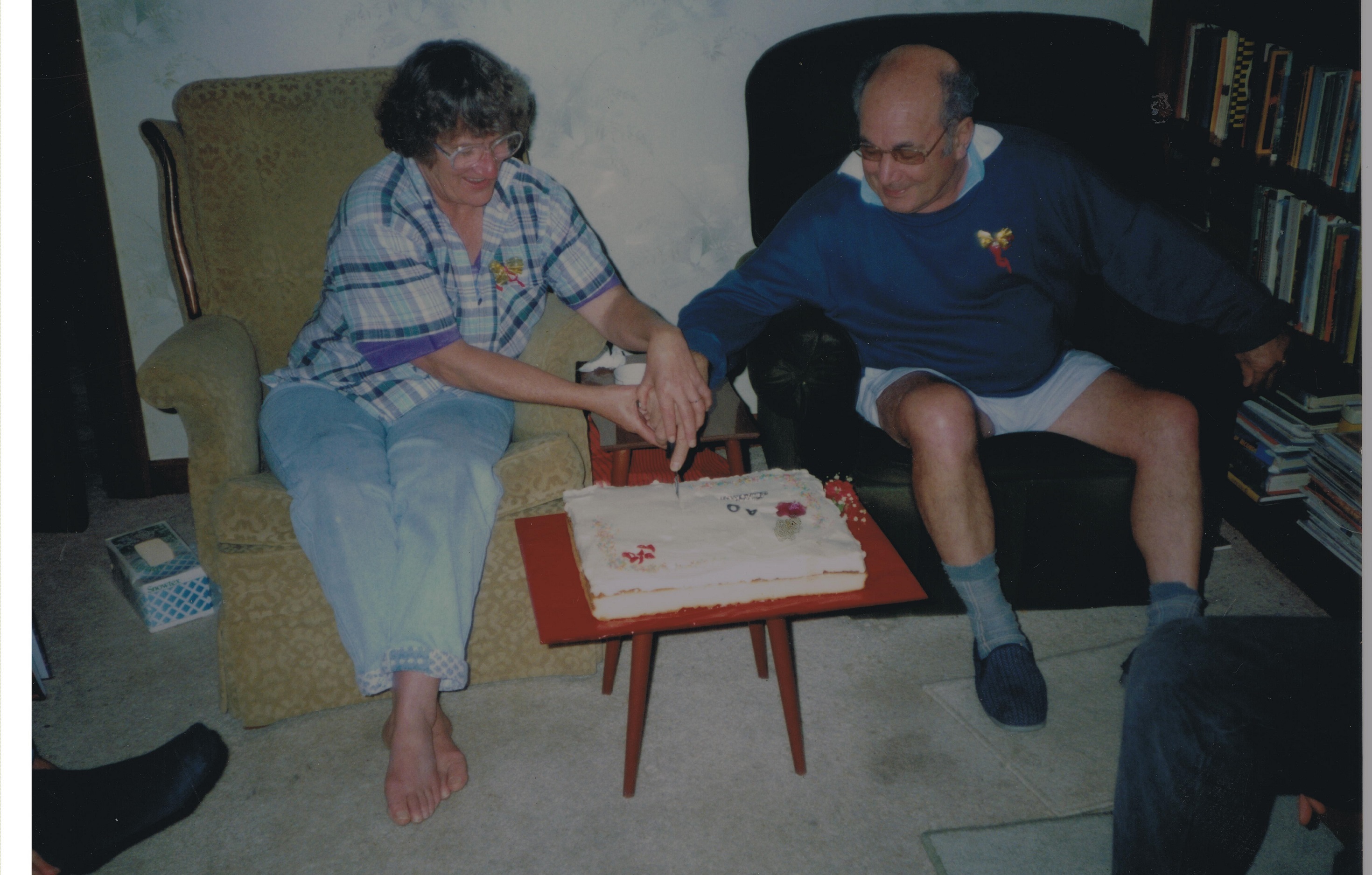 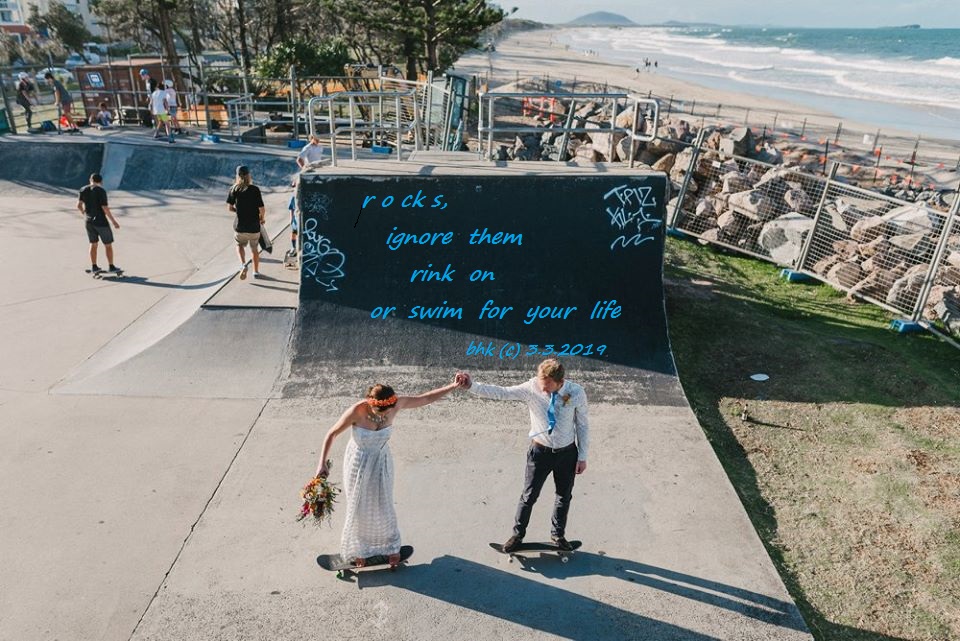 roller rink at the beach …

wave after wave they get the balance.

looking down on them,

and that high sweep

(a city setting itself against future storms.)

later, upon opening up the photograph,

choose “Paint;” and having chosen text,

font, size and colour, in a blue wave

write on that big sweep of the rink

or swim for your life

It’s time I wrote a poem just for you.

So far I’ve only seen you

your Mum has shown a smidgen

of the lovely gifts sent your way.

Te Aroha, the country has said,

and respects your family’s

We wait patiently for the release

of your first official photograph;

other than the one as a family

as you left hospital and went home

and your Mum took her dedicated

six weeks maternity leave. It can

be done. Prime Ministers can

take such leave same as any other.

all need a time of leave.

But until that official photograph of you,

and because I am celebrating

one of the many good things

to come our way this year,

doing that, as always, through poetry –

Our love for our country

Our love for poetry

Our love for family 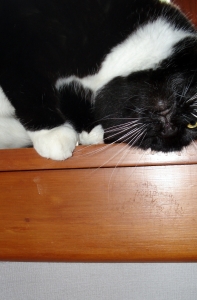 I look my cat in the eyes.

She looks back into mine.

I look at her feet, all four, individually.

I’ve read that cats would never let you

touch their pads and in between, tactile

and cushiony. Nice to prove the experts

wrong. I believed Adolf Huxley when he said,

“If you want to write keeps cats.” I think on

some counts he got that wrong; (more on

One cat will do for me. One whose feet

fascinate me, the long hours she spends

on my knee. I caress each pad. She spreads

each claw, and as she feigns sleep I see in her,

delight. If her claws communicate sharp,

and grip in any way, it’s only to make clear

If I’m taking more notice of my writing desk

than her; (like now): she’ll let me know that too.

I look on her as she carefully, gradually scatters

my papers. And then she’ll walk across

the keyboard, nudge away the books

I’m piling on the printer.

Oh, yes, she looks me in the eye and smiles.

Smug, smug cat; perhaps she saw what I was

reading. Cat quotes, this one by Eckhart Tolle.

‘I have lived with several Zen Masters, all

Today, I’d like to challenge you to write a poem that looks at the same thing from various points of view. The most famous poem of this type is probably Wallace Stevens’ “Thirteen Ways of Looking at a Blackbird”. You don’t need to have thirteen ways of looking at something – just a few will do!

‘less aware of love than fear’: from

Once I could not have written so bold to fear,

although choosing not to work in couplets

Eliza, I shall repair to the classic

Some women shared only in their homes.

Blind-folded another, but not those who spoke

to a world that has now come to support us,

reputation given woman through fear:

who was not to fear

Chase out that which was so often otherwise:

Eliza Griswold was speaking to a different fear but a fear which is common to both men and women as is the fear I speak of here.