A Cento is a poem made up of lines from other poets.

Tangled in the mast’s corded height,

The fossil virgin of the skies,

When over the houses, a golden illusion.

All love to be out by the light of the moon.

The witches have a fire again.

Full moon rising on the waters of my heart;

Companion of the Earth. Her tender face,

The moon’s slow wonder with her hand.

After a thousand years.

Preventing shadow until the moon reveal

The song would be joyous, and cheerful the moon.

Softly, softly melted into the eve, the moon;

Sea and Sun; and I hear mystic carols in space.

From the raging moon I write.

Wish that I might fly out past the moon.

Toward twelve there in the beams of the moon they surrender to us.

Be dragged toward the word exotic with the force of a giant moon? 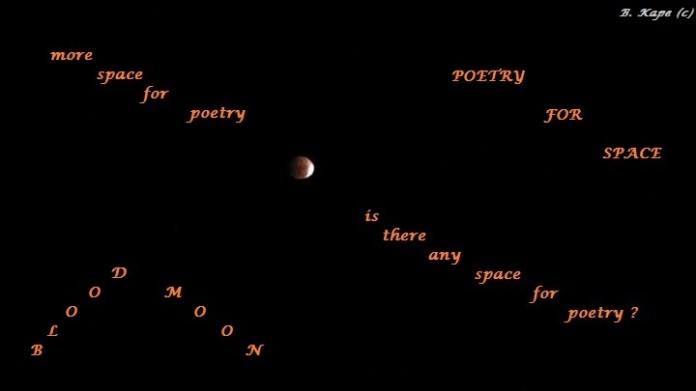